Non-adhesive film
It can't be stuck onto the glass directly,but has to be laminated with the glass. Adhesive film
With a layer of pressure sensitive silicon,the film can be directly applied onto the glass. 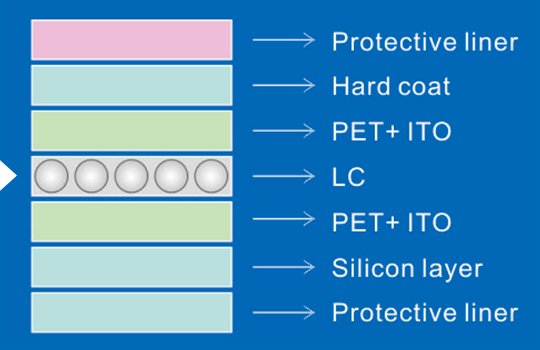 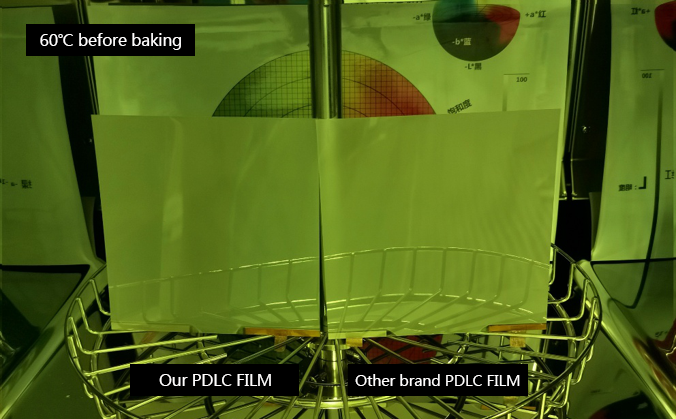 ③Comparison of low voltage test
Use 12V, 24V, 36V voltage for our wide view film and other brands of PDLC film. It can be clearly observed in comparison. The lower the voltage, the lower the resolution. Our film has higher relative clarity.

④Comparison of wide viewing film test
By slanting our film with other brand of PDLC film, you can clearly see that our film is wider and clearer.